I always wanted to breastfeed for a year. I didn’t think the traditional 6 months was long enough, but I didn’t want to be doing it for so long that by the time we wanted to start thinking about having another baby, that I was still feeding the first…Pregnancy was hard enough the first time around, without having breastfeed as well.

Around the 9 month mark, I started asking friends and family about how they stopped, and where do you even begin to wean them off the boob, I figured if i start thinking about it then, by the time his first birthday comes around we should be almost boob free!

So this is how our journey ended, and how he gradually came off breastfeeding. I’m lucky that it was so gradual and natural, and I hope I can help you out with some tips, if you’re thinking about it too.

So when I went back to work at 8 months, I found that he naturally dropped a feed anyway. I only work 11-4, but his middle-of-the-day feed was then dropped.

This was his feeding pattern at around 8 months:

10am – Before nursery feed

He then fed sporadically throughout the night, waking 2-3 times.

I then noticed that around 9 -10 months, his 10am, 3:30pm and 5pm feeds naturally dropped as he began to drink more water and have an afternoon fruit snack with water when he came home from nursery. He was having a large lunch at nursery, and he wasn’t asking for boob as much.

*A tip – Don’t refuse but don’t offer. If they ask for it, then give it to them, but if the time comes to when they usually have a feed on you, but they don’t ask for it, and seem quite content, then let that feed go*

By 11 months, his wake up feed had also dropped, as we would go strait downstairs for breakfast and offer him water and his weetabix. I was eager to drop this feed, as it would take up a lot of time (not that I didn’t love the snuggles, but when you know you’ve got to get to work, I was eager to get on with the day!)

By 11 and a half months, and still not sleeping through the night, I decided to try him on Alpro Growing up Milk, a little early as it say from ages 1-3, but I wanted him to get the most out of his sleep, and guessed he was still hungry to keep waking so much in the night still!

The first night he had a good 6oz before he went to bed, and only woke once in the night. I settled him on me and he had a small night feed, then didn’t wake until the morning. This happened for about a week, until one night when he didn’t wake for a night feed, and slept through the night. This was a Tuesday…I will always remember this day, as it was his first birthday on the Saturday , and I kept wondering whether the previous night was going to be our last breastfeed…It was. Since then he has been sleeping through the night, and has been happier for it! He also has his Alpro milk before his naps, and he loves it (It kinda tastes like breastmilk!)

It was a sad moment for me, but also a relief that it had happened so naturally and easily for us.

I loved our breastfeeding journey and i can’t wait to do it again one day, but for now, I get to enjoy an ice cold beer in this hot weather, wear a normal bra and t-shirt and not have to think about whether he’s getting enough from me : )  One happy mumma!

Welcome to my blog 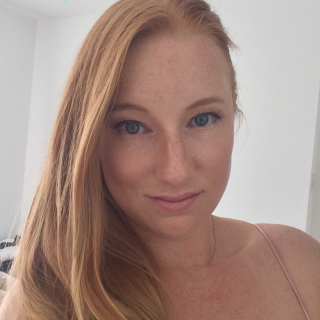 Hi there, and welcome to my blog. Join me as I take you through the highs and lows of parenting and everything in between! I love to write about my beautiful family, as well as the experiences that every mum goes through in day to day life. I enjoy watching You Tube and Netflix and enjoy a good yoga session too. Thanks for visiting : ) Ash